One scenario that I was keen to play in my Ten Years War in Cuba project was that of gun running or a filibustering expedition as it was called at the time. To do this I needed a ship and a coastline or beach. The ship is currently being built and I will post details later when the model is finished. My method od making the coastline however is so quick and easy that I thought I would share it with you right away!

First of all I needed to represent the sea and did this very simply by visiting a fabric shop and buying a couple of meters of suitable pvc or vinyl. I chose a deep blue and lightly textured material and was pleased that it only cost me £6-00: 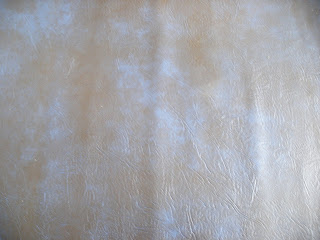 I know, it's a boring photograph but things begin to get interesting when you lay your gaming mat on top of the sea: 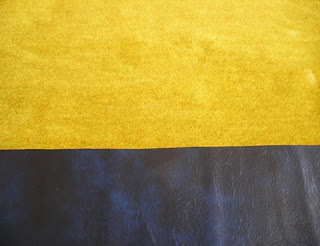 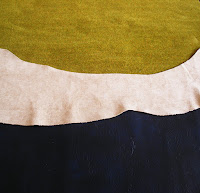 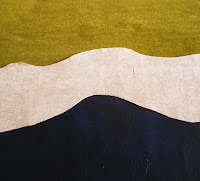 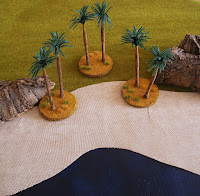 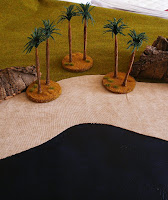 As well as using cork bark I also use Mopani wood which is another good method of representing rocks: 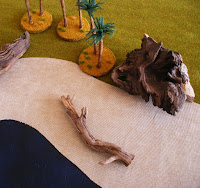 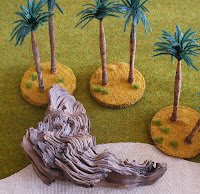 If you have not heard of Mopani wood before you can obtain it from pet shops and from suppliers of accessories for fish tanks and reptile tanks. Here is a close up to give you a better idea of the texture: 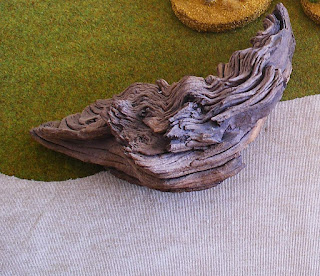 ﻿
﻿
I added some of my stands of jungle to break up the rather harsh lines and add interest: 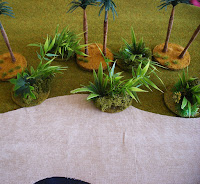 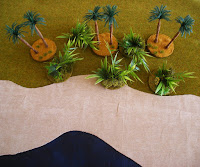 And that's it! I hope you like the idea which really is a quick, simple and cheap method of introducing coastline into your wargames. The idea can easily be adapted to make a wide river, lake, estuary or even a desert island and, although I made this for my Ten Years War in Cuba game, it can easily be used for any other period and any other theatre of war. As soon as my Cuban and Spanish armies are complete and when the gun runner's ship is built I'll feature the scenario on here so that you can see the whole thing.
﻿
﻿
﻿
﻿