I have been getting involved with my local wargames club, the Mailed Fist and visited their demonstration game at Britcon this year. The game was based upon Austerlitz and occupied a huge 16 by 6 foot table with thousands of 15mm figures. Unfortunately I could only attend on the Sunday so I just sat in, observed and listened to the gunfire both on and off the table! I took a few photographs and decided to post them on here. 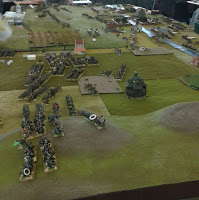 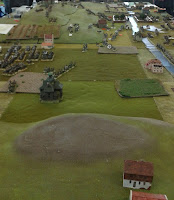 Two views showing the extreme right wing of the Russian and Austrian forces with their massed artillery on the Pratzen heights in the distance. The French forces are deployed beyond the river on the right of the pictures. 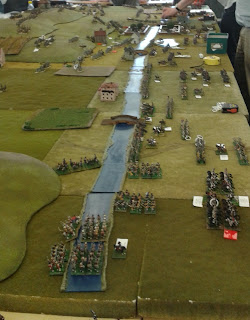 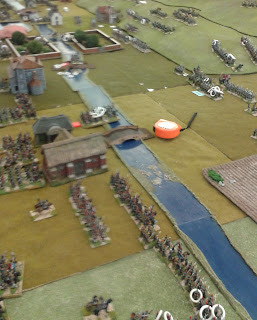 Extreme right of the French line; having crossed the river once they were forced back by Russian units advancing down from the Pratzen heights. 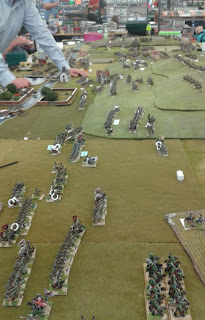 General view of the Russian left showing units advancing towards the French just out of view on the opposite bank of the river on the left. 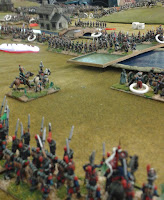 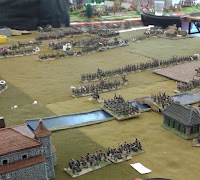 Action in the centre from behind the French line; Russians and Austrians advancing across the river.﻿ 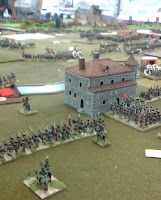 Two more views of action in the French centre. Both sides trading shots across the river from walled fields. 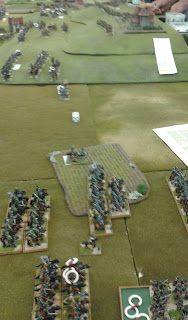 On their extreme right the French managed to cross the river again and begin forcing the Russians back as their own centre and left flank were in danger of collapsing!

At that rather interesting point the game had to be concluded as the final day of Britcon 2016 drew to a close. Everyone agreed that the game had been very enjoyable if not particularly accurate from a historical point of view. The main bone of contention was that the Russian and Austrian forces were allowed to deploy to their own plan which resulted in them massing artillery on the Pratzen Heights. Any French unit that appeared was then promptly obliterated!

There was much discussion on this point; perhaps it would have been better following the actual deployment and using that as a starting off point? Well we shall never know, and as for the Club's plans for next year.....
﻿
﻿
﻿
Posted by Glenn Clarke at 06:54