For my Ten Years War in Cuba project I needed a ship of some sort to smuggle guns and ammunition into the country for the rebels. The rebels suffered a chronic shortage of munitions throughout the war from 1868 to 1878 and most of the major shipments that they were able to organise from the U.S.A. were intercepted. However they did manage to smuggle smaller consignments of weapons into the island from neighbouring countries and I decided to build a smaller ship that might have been involved in these operations. I eventually settled upon a Chesapeake Bay Flattie which I spotted in the sales at   Hobbycraft. 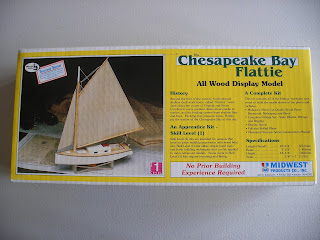 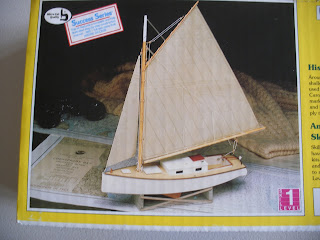 Opening the box was a surprise for someone more familiar with building 20mm plastic kits and 28mm figures since I was presented with two sheets of plans, a pile of wood, bits of metal and thread! 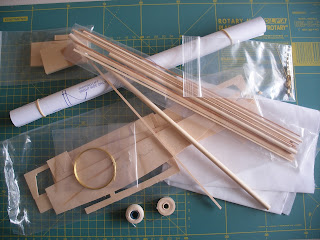 Once I got over the initial surprise I read the 42  page construction manual, which contained 164 separate steps, and started! The hull took shape fairly quickly:

Once I had sanded everything down and checked that all of the joints were sound, particularly where the timber had been curved and moulded into shape, I added some of the more detailed parts. When that was done I began work on the mast, spar and gaff. (See how quickly I began to lapse into proper seafarers jargon!) 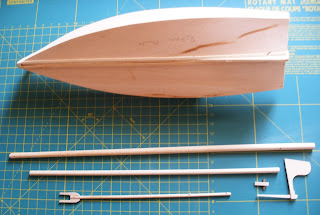 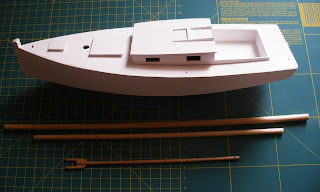 At this stage the manual recommended painting and varnishing. I opted for the simplest suggested paint scheme: 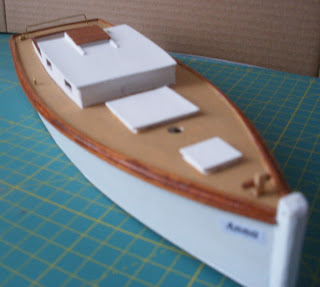 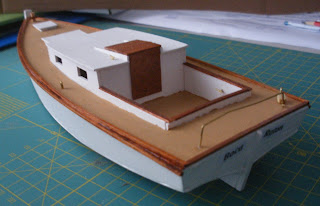 As you can see in the photographs I also added the ship's name, Anna, which I printed and then fixed in place. I wanted to add a port to the stern on the ship and after looking at a map of Florida I opted for Boca Raton, a very minor port in the keys. Again I typed and printed out the text, glued it in place and varnished it.
Next task was constructing the mast, adding blocks for the rigging, and then making and attaching the mainsail along with the gaff and spar: 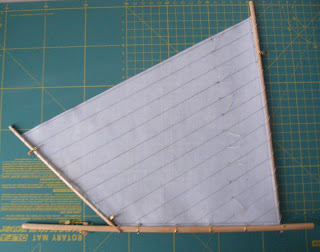 Once that was done the mast and mainsail could be fixed in place along with the jib and further rigging which, although tricky to complete, was well worth the effort as you can see from the photographs of the finished model: 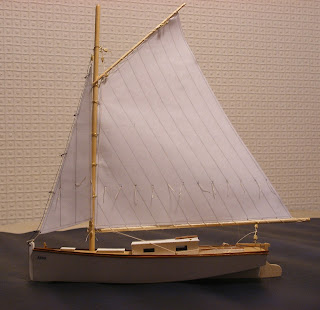 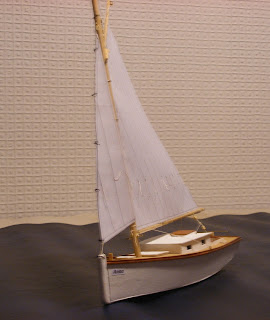 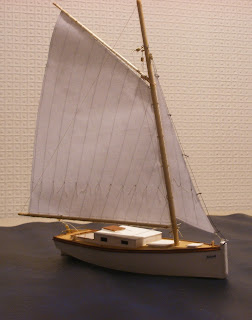 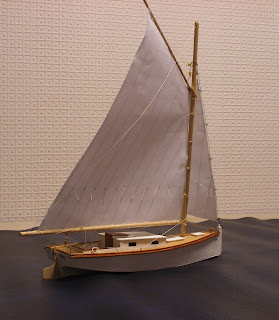 And here she is, the gun runner Anna setting sail for Cuba with a cargo of eagerly awaited munitions: 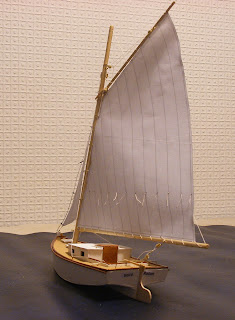 My next, and much less challenging, task is to make something to represent a suitable cargo and then crew her with suitable figures. ﻿
Posted by Glenn Clarke at 03:28