Having finally completed building my model ship, Anna, for gun running scenarios in the Cuban Ten Years War I needed to find a crew for her. I was unable to find any suitable naval type figures in 28mm scale and eventually settled on these four characters:﻿ 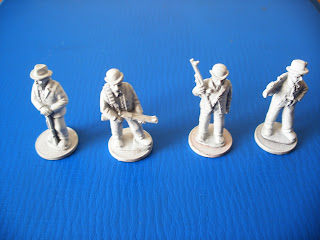 They are from Steam and Steel's Steampunk range and are described as Pinkerton Detectives. Steam and Steel do not seem to have a website but they do have a page on Facebook; I obtained the figures through Ebay which the company seems to use quite a lot for their marketing.﻿ 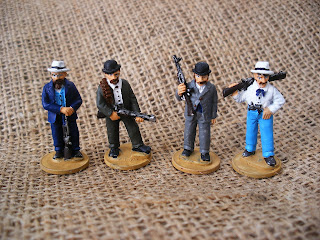 Whilst they are not particularly nautical the figures painted up really well and really look the part of the shady characters who would have been engaged in smuggling and gun running for the Cuban rebels.
I also needed a cargo for the ship and built some munitions cases from scrap wood left over from modelling the ship: ﻿ 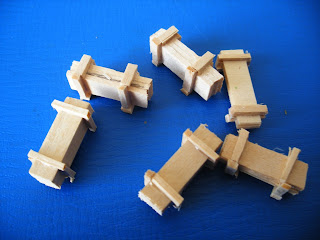 To these I added some barrels, packing crates and bales from a variety of different manufacturers but all sourced via Ebay: 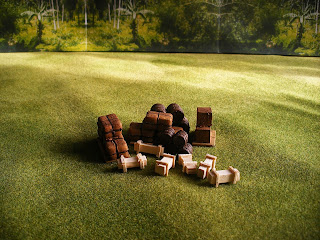 When I put the ship, crew and cargo together the effect was exactly what I had in mind when I first thought of adding smuggling operations to my Ten Years War game. Here are a few pictures of the finished models: 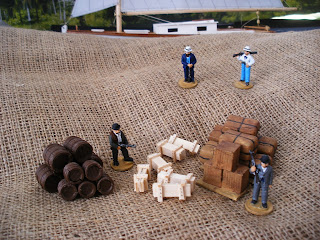 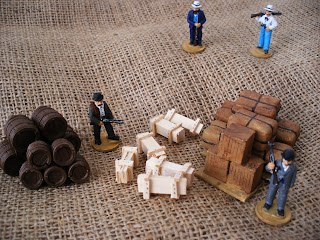 Cargo strewn on the beach and guarded by none too trustworthy characters waiting for their meeting with the insurgents.﻿ 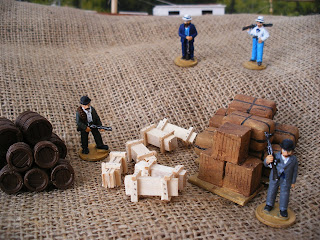 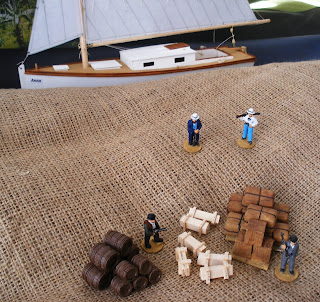 Overall I am pleased with the result. All that is needed now is for these shady looking cutthroats to hand over their contraband to the very needy Cuban rebels!
Posted by Glenn Clarke at 06:11