The Siege of Sidney Street

A few photographs of the game I have been developing based upon the events in Sidney Street in the East End of London during the Siege of 1911. (I have uploaded a separate file of the rules for this venture in the form of a very simple play sheet.) 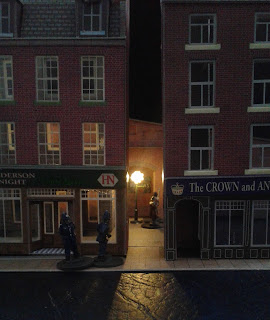 Police officers observe an attempted break in of a jeweler's shop 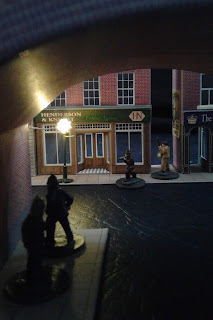 When officers hail the suspects they turn, give fire and flee. The Police follow and raise the alarm. 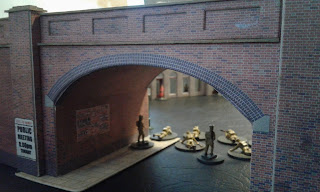 Eventually Troops are called and take up position facing the anarchists' hide out. 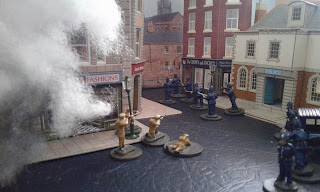 Once the siege is under way the building catches fire and the anarchists flee hotly pursued by Police and Troops. 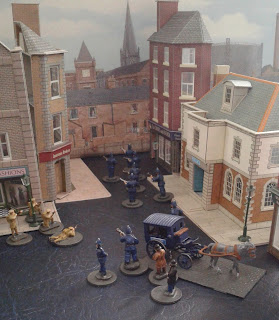 Police and Troops giving chase just prior to the final shoot out.

Email ThisBlogThis!Share to TwitterShare to FacebookShare to Pinterest
Labels: Siege of Sidney Street