Spanish Army for the Ten Years War in Cuba

My Spanish Army is made entirely of figures from the Perry Miniatures range, specifically their American Civil War boxed sets. The figures can be used straight from the box as they require no conversion work, the paint job giving them the required look. The basic uniform of Spanish  colonial troops was made from a fabric known  as Rayadillo; this was white with fine blue stripes, roughly ten stripes per inch and therefore challenging  to paint!  I have seen figures painted in pale blues to represent the fabric but I opted to paint  a base coat of white and covered it with a very pale blue wash. I was reasonably happy with the results and went on to complete  the rest  of the uniform.  Collars and cuffs were green for infantry and red for all other units. Belts, boots, packs and so on were black or brown. Hats were mainly straw and were painted as such with the Spanish roundel  (red, yellow, red) on the right hand side. 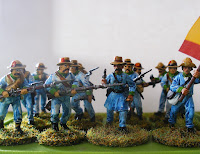 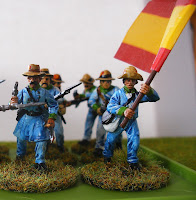 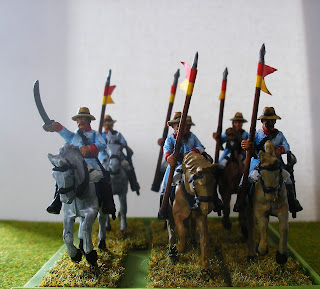 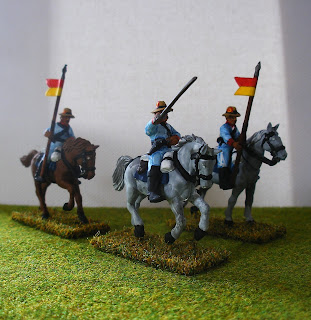 Artillery were again taken straight from the box of Perry American Civil War artillery and given the appropriate paint job:﻿ 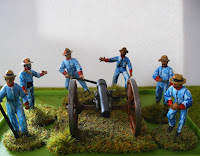 I decided that some form of transport was needed and opted to build a cart pulled by oxen since this seemed to haver been particularly favoured at the time. The oxen came from a range of farmyard animals whilst the cart was based on a Perry artillery limber with the sides built up using coffee stirrers! 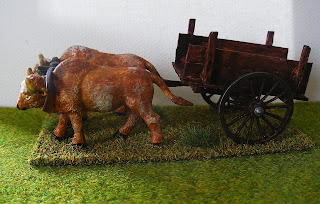